Hope is Just a few degrees Away

Will my Scoliosis Get Worse?
​
The rationale behind observing a mild scoliosis is that, once a patient reaches the age of 18, the scoliosis will not progress. However, this is not supported by research. It has been known since 1969 that scoliosis can continue to progress after skeletal maturity. 2Collis & Ponseti followed 215 cases of scoliosis after maturity; and documented an average worsening of 15 degrees. 3Weinstein et al showed that 68% of cases of scoliosis progress after skeletal maturity. 4Korovessis et al reported a mean progression of 2.4 degrees per year over the course of 5 years in skeletally mature patients. 5Danielson & Nachemson found that 36% of adolescents with scoliosis had progressed by more than 10° after 22 years.6 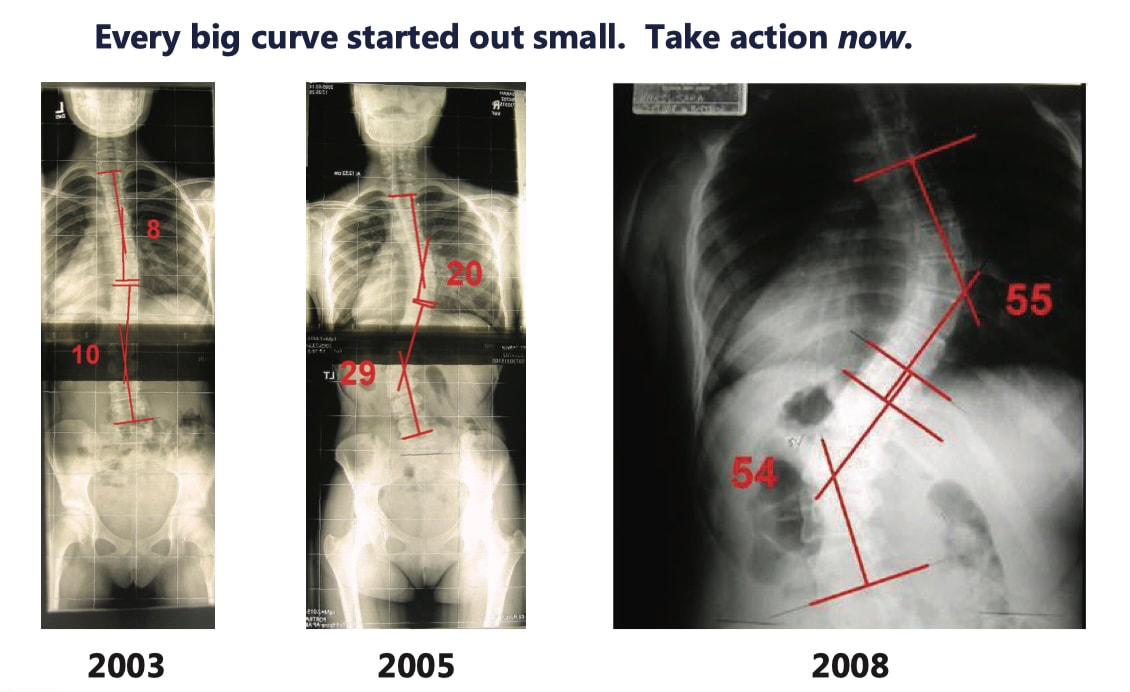 Surgery
Four Facts that every patient & parent should know about surgery for scoliosis: